Kairn, Mates of the Alliance: Book 1 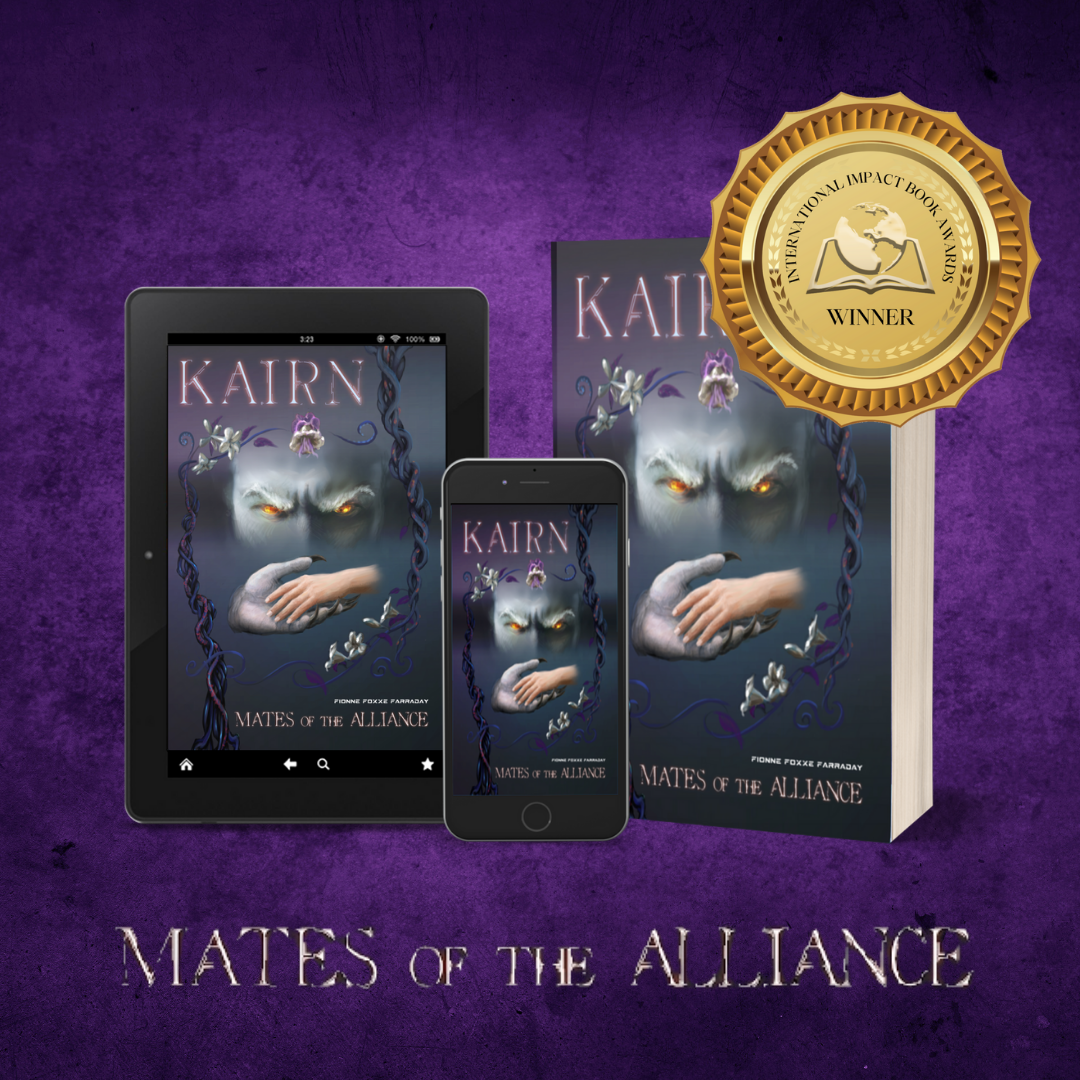 "Kairn slowly opened his eyes. He struggled to recall the fading details of his dream. Every night had been like this for the last four hands. Vivid dreams..."

Kairn: Mates of the Alliance 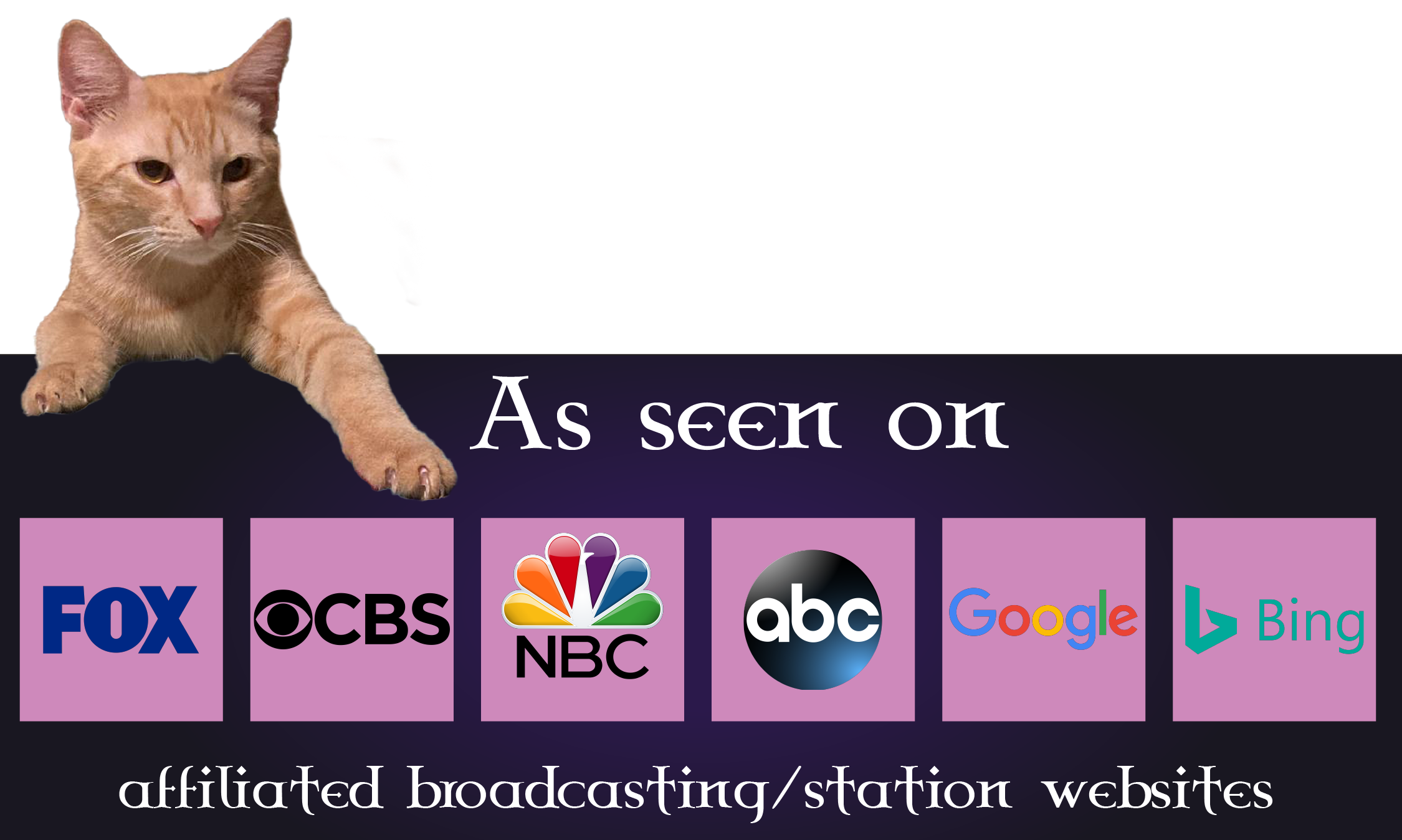 A smart, funny and sexy story

This is a smart, funny, and sexy story of hope that was written during a time of the pandemic. It’s a story that will warm your heart and make you laugh out loud. The author is uniquely qualified and extremely gifted at imagining all manner of interactions. It will surprise you at all turns. It demonstrates that beauty is truly only skin deep. This is the first novel of what promises to be an incredible series by Farraday. Readers will finish this extraordinary sci-fi romance hoping for more.

Accolades to the author

Accolades to the author for understanding the needs and vulnerabilities of teens and growing those insecurities into the horizons beyond career into passion – the hope for finding the someone who is more than the ordinary superficial ‘crowd.’ At the same time, demonstrating a keen eye for the unknown other world – in the Alliance – views from other planets and places. This is, gratefully, Volume 1 of a projected series – a brilliant overture to fascinating and delightful world!

KAIRN: Mates of the Alliance is a Clash of Worlds

Fionne Foxxe Farraday’s debut sci-fi romance novel, ‘KAIRN: Mates of the Alliance,’ is a clash of worlds as alien cultures battle over the Fate of Earth, one against and one trying to save it, as a smolderingly complex, destined-to-be love affair blossoms between a human lifesaver, a doctor, and an alien lifetaker, a soldier…‘Kairn: Mates of Alliance’ is a page-turner with heart and hope.

Mates of the Alliance is a Slow Burn

KAIRN: Mates of the Alliance is a slow burn, feel good, boy meets girl romance that will provide readers with an escape from the stresses of daily life. A tribute to total monogamy, Kairn and Daria are a refreshing – and extraordinarily sexy – example of the joys that can be found in a committed relationship. Farrady’s humor and eye for detail draws the reader in, leaving us simultaneously satisfied with the story and longing to know what happens next. I can hardly wait for the next installment! Highly recommended.

Who doesn’t love an epic love story, even between people from completely different planets?

Daria lives in a warzone ravaged by aliens who aim to build an empire and drain the Earth’s resources while enslaving humans. As a medical doctor, she’s focused on survival and helping treat those affected by the siege without wanting to get romantically involved with anyone. Survival is paramount, and helping restore what’s left of the planet to a livable state is the only goal on Daria’s mind.

When allies from another world, in the form of the Galactic Alliance, begin to work alongside humans to rebuild Earth with their advanced technology and abilities, Daria becomes keenly aware of Kairn, one of the impressive and skilled aliens, the Luperans, and a member of the Alliance. As Daria focuses on doing her part to make Earth a better place, Kairn becomes an easy distraction, stirring feelings and emotions that she has not experienced in a long time. The connection between these two captivating characters is one of the most unique and intriguing relationships I’ve seen in a science fiction novel in a long time. Author Fionne Foxxe Farraday takes their emotions seriously, and the result is a compelling drama that was hard for me to put down.

In a vivid dystopian world, with a looming sense of dread and despair among the people, Daria begins to develop a sense of hope for the future while falling in love with the alluring Kairn. As the planet grapples with the aftermath of a major alien attack, Daria and others must learn to trust the Luperans. As Daria adapts to this new reality and works to rebuild and help others heal, she becomes quickly drawn into Kairn’s world, where she finds many similarities despite their physical differences. I really enjoyed the methodical way this detailed world is laid out for the reader.

The author beautifully narrates a story of an unlikely romance and develops a deeper understanding and trust between individuals from other worlds. It’s a great story that explores hope and love on a planet that is devasted by evil and terror. Kairn and Daria’s romance transcends the horror of this intergalactic war, and their intense connection creates a page-turning read.

Kairn: Mates of the Alliance by Fionne Foxxe Farraday is a refreshing science fiction drama that tells an enthralling story of a blooming romance in a devasted world. This sci-fi book is a wonderful read that engages the reader with wonderfully descriptive narration and an intense and exciting romance.

In the wake of devastation, a surprising love grows

Fionne Foxxe Farraday’s debut novel, KAIRN: Mates of the Alliance, is a sweet and steamy kick-off to an all new romantic sci-fi series. A medical professional swamped by the first waves of the Covid-19 pandemic, Farraday was inspired to write as a way of handling both personal and professional stress. With her medical background and military members in her family, KAIRN reads as a heartfelt salute to those whose work puts them on the front lines of battle, whether medical or military.

Set sometime in the near future, Earth is reeling from its first contact with a predatory alien species, the Ichori, whose attack wrecked catastrophe on the planet, harvested precious resources and drained the oceans. Against this backdrop we meet both Daria, a human doctor treating the wounded, and Kairn, the stunningly muscular and handsome leader of the Luperans, another alien race that has been sent to help Earth recover from the devastation. Members of the Galactic Alliance, the Luperans establish diplomatic relations with Earth and use their highly advanced technology to help Earth rebuild after the attack. While different in appearance, Daria and Kairn become friends and discover that their similarities and hopes are alike, resulting in a bond that grows along with their friendship.

With each step in their relationship, they grow in deeper understanding and trust for each other and the romantic heat begins to build between them. But when the unthinkable happens and Kairn is critically wounded, their relationship and developing bond is put to the test. Can their relationship survive? Can the wounded warrior learn to accept the unconditional love offered by Daria?

KAIRN: Mates of the Alliance is a slow burn, feel good, boy meets girl romance that will provide readers with an escape from the stresses of daily life. A tribute to total monogamy, Kairn and Daria are a refreshing – and extraordinarily sexy – example of the joys that can be found in a committed relationship. Farraday’s humor and eye for detail draws the reader in, leaving us simultaneously satisfied with the story and longing to know what happens next. I can hardly wait for the next installment!  Highly recommended.

This is Truly a Love Story

This is truly a love story. However, amidst the steamy romance and sexuality which rages between her characters, the author takes her readers on a journey of discovery. She invites them to look beneath the surface of relationships, deep into those places where loyalty, and commitment lie, to those times when sacrifice is necessary, where sweetness and light take a back stand, and true love takes over, and you realize that beauty is, after all, only skin deep. I am sure this extremely eye-opening and highly charged storyline will appeal greatly to science fiction fans. Highly recommended.